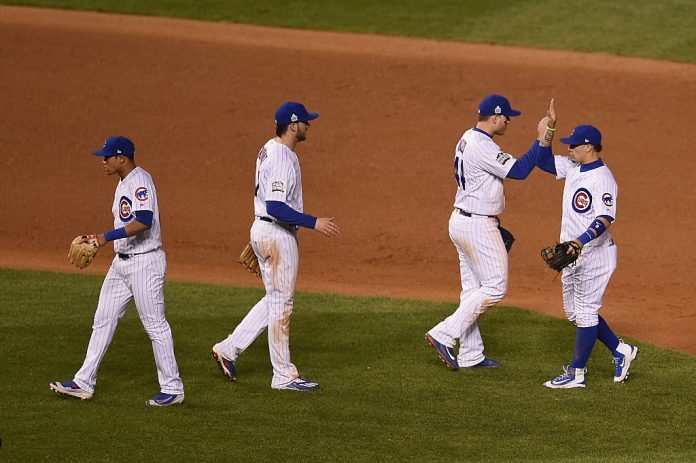 Since the commencement of the 112th World Series on Wednesday (AEDT), the tension inside Cleveland’s Jacobs Field and Chicago’s Wrigely Field has been strung to its’ limits.

On Sunday, those dam walls burst, after continual poking and prodding from Terry Francona and his Indians, resulting in a 7-2, potentially series defining victory in Illinois.

Despite the Cubs also knocking at the wall as hard as they could, it was Francona-led Tribe that was “pushing all the right buttons”, as The Washington Post’s Tom Boswell put it.

As a previous two-time winner of the WS, he had to be. ‘Tito’ currently has just three starting pitchers to work with, is missing hard hitting leadoff man Michael Brantley, and is working against the only team to win 100 games this season.

Perhaps these “patchwork underdogs” are best exemplified by how they lined up for their 1-0 win in Game Three on Saturday. In that match, they used three left fielders, three centre fielders, two third basemen, two catchers and four pitchers.

Many pundits have alluded to this being Terry Francona’s “managerial masterpiece”. But short of being a Rembrandt work of beauty, this more closely resembles a Pablo Picasso work of oddity that just “fits”, in all its’ glory.

At the start of the series, most that accepted it to be the case that the Wahoos would have to go two games up after their opening home stand. They did not.

They let the Cubbies in for 5 runs in Game Two, and with the series locked at 1 all, many thought that it would be a foregone conclusion that the favourites would be a better than great chance to win the Fall Classic back at home.

In fact, the performance of Tito and his Red Sox in that series shares plenty of similarities with this current crop of Cleveland Indians.

Whilst their opposition, the St. Louis Cardinals, were not viewed as the unbeatable juggernaut these current North Siders are, they were most definitely the favourites, despite the Boston’s home field advantage.

However, first year manager Francona and his Sox pulled off the extraordinarily unlikely sweep, ending the Curse of the Bambino and ruining St. Louis’ best season in over 60 years.

Today, we sit just one win away from Terry Francona making more history, this time with the Tribe.