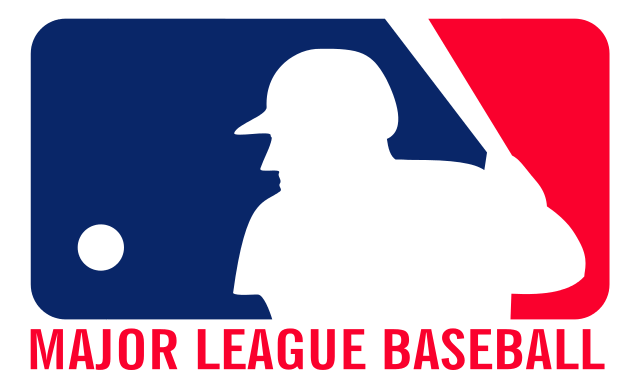 As the players, coaches and staff look to regroup over the All-Star break, some teams are better placed than others. Season 2021 has seen a return to the full 162 game schedule after last years Covid affected season was reduced to just 60 games.

The first half of the season in the majors has been unpredictable and entertaining to say the least. With MVP caliber seasons being put together by those on both sides of the ball, the MLB has no shortage of young talent along with a plethora of franchises who are priming themselves for a genuine tilt at the Commissioner's Trophy come October.

Division by Division, we highlight those who have underperformed, surprised and what may lie ahead after the All-Star break.

The biggest story arising out of the AL East has undoubtedly been the sluggish play from the New York Yankees. Currently sitting 10.5 games behind hated rival the Red Sox, the 'Bronx Bombers' are 27th in RBI's and in the bottom 5 for scoring. With large contracts tied to Giancarlo Stanton, Gerrit Cole, DJ LeMahieu and Aroldis Chapman the Yankees have their hands tied for now, but expect them to find a groove after the break.

The division leading Red Sox have been the surprise packet of the division. Boston is ranked 3rd for Batting average and Shortstop Xander Bogarts is in the midst of a career best season.

The Blue Jays could be a dark horse in the second half of the season behind what has been an MVP caliber season from their young stud Valdimir Guerrero Jr. The big hitting first baseman is currently 2nd for Home Runs hit with 28.

The defending American League champion Tampa Bay Rays have been handling their business quietly thus far but are positioned nicely heading into the break, with one of the most balanced rosters in all of baseball they will again be a factor late in the season.

The Chicago White Sox have stamped their authority on the AL Central in recent weeks, opening up a 6.5 game break over the Cleveland Indians. Shortstop Tim Anderson is having another terrific season batting at an average of .298 whilst Jose Abreu leads the Sox in RBI's with 63. Liam Hendricks has also been reliable out of the Bullpen for Chicago ranking 2nd in saves with 22.

The Cleveland Indians are the only significant threat in the division to the White Sox. After a hot start, the Indians have dropped 11 of their previous 14 games to lose ground in the division race. Aaron Civale has been a welcome sight on the mound for the Indians, leading the league in Wins with 10.

With the Tigers, Twins and Royals all experiencing tough seasons and seemingly in their own rebuilds respectively, the division will ultimately come down to how much pressure the Indians can put on the White Sox down the stretch.

The AL West has been about one man so far this season, Shohei Ohtani. The Los Angeles Angles superstar has been putting up video game like numbers not only at the plate, but on the mound. Ohtani is the first player to ever be named to the All-Star game as a pitcher and as a designated hitter (DH). With a league leading 31 Home Runs and an Earned Run Against (ERA) of 3.6, Ohtani has been doing his part to try keep the Angels a float while 3-time AL MVP Mike Trout recovers from a calf strain.

However, the division lead has been shared throughout stages by the Houston Astros and Oakland Athletics. The Astros are putting together another strong campaign, in an attempt to put the years of cheating scandals in the rear view mirror. Astros Left Fielder Michael Brantley is the league leader in batting average and is just one of the big name hitters in their lineup alongside Carlos Correa, Jose Altuve and Yordan Alvarez.

With Mike Trout expected to return just after the All-Star break all eyes will be locked on the Angels to see if they make a run for the division title, but more so for the nightly highlight reel provided by Trout and Ohtani.

In what has been the worst performing division through the first half of the season, the NL East appears to be relatively wide open. The New York Mets have a 4 game lead over Washington as it sits, but the Phillies and the Braves are also both within 5 games of the lead. Jacob DeGrom is the current favourite for National League MVP and is having one of the all time great season as a starting pitcher. With an ERA of just 0.95, DeGrom has dominated hitters so far this year. Shoulder soreness has restricted a couple of his recent starts, but a healthy DeGrom is the biggest key for the Mets to achieve their ceiling this season.

The Washington Nationals have started to heat up over the past 3 weeks, behind a 16 Home Run month in June from slugger Kyle Schwarber. A hamstring injury to Schwarber is now going to put the pressure on Washington to put runs on the board.

The Atlanta Braves sit in 4th place in the division, and have been one of the disappointments so far this season. With plenty of talent such as Ronald Acuna Jnr., Freddie Freeman and Marcell Ozuna expect the Braves to hit their straps post the All-Star break and make a run for the division.

Jacob deGrom had 8 Ks in a row and has 14 overall on the night 🔥 pic.twitter.com/NfjrtUsxjP

In what has been an unpredictable division throughout the first half of the season, it's the Milwaukee Brewers who have taken command of the NL Central. Milwaukee has shown to be the most consistent of the 5 teams, led by star closer Josh Hader who has 20 saves so far this season. 2018 NL MVP Christian Yelich has battled multiple back injuries to start the season, if Yelich can stay healthy towards the back end of the year the Brewers will be a  dangerous team.

The Reds, Cubs and Cardinals have all wrestled with inconsistency so far this season but have the pieces to be a threat within the division. 2016 NL MVP Kris Bryant currently leads the Cubs in batting average and hits whilst they are getting good production from Craig Kimbrel as a closer. For St. Louis, the Nolan Arenado addition has seen him lead the ball club in batting average and home runs. Nick Castellanos is having a fantastic season for the Cincinatti Reds leading the team in batting average, home runs, RBI's and hits making his own case as a NL MVP candidate.

The @Brewers scored 10 RUNS in the bottom of the 8th 😱 pic.twitter.com/1wgoLhveUd

The Best division in baseball, comfortably. The NL West has been the most competitive division as it stands, it has two of the best rivalries in the majors, and some of the biggest names spread across 3 teams.

The San Francisco Giants have been one of the biggest surprises over the first half of the season. As a team, they rank 1st in home runs and saves, 2nd in pitching wins and earned run average and 4th in quality starts by pitchers. Add this to the fact their arch rival Dodgers are the World Series favourites and defending World Series champions, the rivalry goes up a notch.

The Dodgers weathered an early form slump to position themselves only a half game behind the Giants, led by a terrific starting pitching rotation of Clayton Kershaw, Walker Buehlar and Julio Urias.

In third spot in the division sit the San Diego Padres, potentially the most exciting and watchable team in all of baseball. Led by Fernando Tatis Jnr. and Manny Machado, the Padres have got no shortage of talent and have formed a new rivalry with the California heavyweight, Los Angeles Dodgers. Tatis Jnr. is third amongst home run hitters with 27 to his name.

In what will be the most exciting division race down the stretch of the season, 3 quality teams will fight it out for the NL West title, and most likely see one of their division rivals in a Wildcard playoff game.

Fernando Tatis Jr. expands on his National League lead with his 27th home run of the season! pic.twitter.com/rgF2c5FdVb

Everything you need to know about Tatis’ 80-game suspension

The Cubs and Reds tour the cornfields and more from MLB’s...