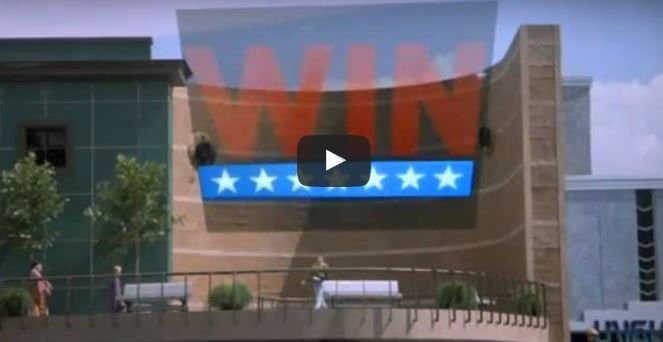 While many of the outlandish futuristic predictions from the famous movie Back to the Future have proven to be incorrect, one of the predictions from when Marty McFly travelled into the future to October 21, 2015, may still come true.

When Marty arrives in 2015 a hologram appears telling residents of Hill Valley that Chicago had won the 2015 World Series.

In an amazing turn of events, the Chicago Cubs advanced to the National League Championship Series on Tuesday night with victory over the top-seeded St. Louis Cardinals.

At the time the movie was made, it had been 81 years since the Cubs won the World Series and it has now been 107 years since they won. They are now less than 10 wins away from the incredible prophecy coming true!

Aaron Judge is back in the Bronx! But did the Yankees...