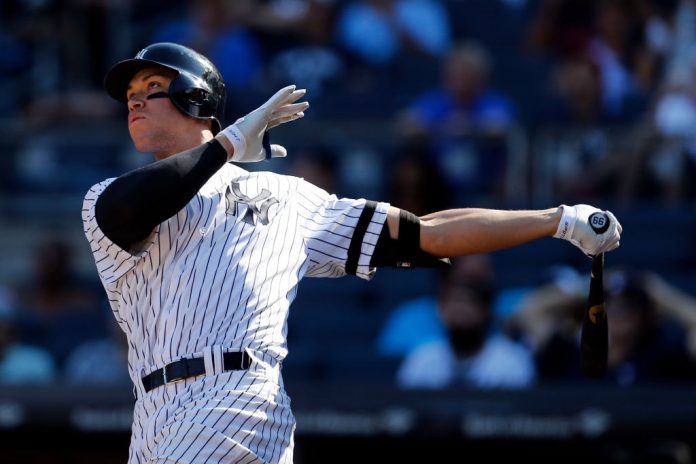 Judge broke Mark McGwire's tarnished record (steroid use) of 49 home runs as a rookie which has stood since 1987.

Many have stepped to the plate. None have hit 50 homers as a rookie.

The Yankees clinched a playoff berth over the weekend with the Yankees not petitioning his case for Ameircan League MVP.

Judge, however, remains more reserved and his bigger achievements in his sights.

“I don’t know, I really haven’t thought about that,’’ Judge said of his MVP chances. “I don’t try to think about that, especially with what this team has got going on with this playoff push.

“I’d rather be in a good position in the playoffs and holding up a World Series trophy than holding up an MVP trophy.’’

The 6-foot-7 giant is one of the more humble rookies in American sport which is one of the big reasons as to why New York's #AllRise marketing campaign for their young star has taken off.

As for the record-hitting home-run balls, he said “I’ll give them to my parents, especially with all of the sacrifices they made for me over the last 25 years.’’